Some residents will have received two flyers, one advertising a viewing day for the housing development in Chenhalls Road and the other suggesting that residents might like to vote against the Neighbourhood Plan in the Referendum on Thursday.

Both flyers contain statements which are ambiguous and others which are inaccurate and so the purpose of this response is to clarify what the true position is.

Background – The purpose of the St Erth Neighbourhood Plan is to guide how the parish will develop over the next twelve years and it recognises the need to build affordable homes for local people. The Plan cannot be used to prevent development but it does say where it will go.

Selection of sites – The Plan shows five sites, which were identified by a Steering Group of local residents and parish councillors, as potentially suitable for development. The selection of all five sites was subsequently supported by the community during the various stages of consultation and so they were included in the Plan.
The Plan recognises that some of these sites will be easier to develop than others but none of them will add to the already congested Fore Street and Vicarage Gate area of the village.

Boscarnek – If and when the Boscarnek site is developed, the Plan requires the developer to provide improvements to the School Lane/Chapel Hill junction to improve road and pedestrian safety.
Furthermore, the provision of a safe, off-road pathway to St Erth School, serving not only Boscarnek but also by association, Vicarage Gate, Ercus Way, St Erth Hill, Fore Street and Lanuthnoe, is written into the Plan to avoid the need to use the longer and potentially more dangerous route via Fore Street and School Lane.

Order of development – The Plan has a clear hierarchy for the development of sites: firstly, those sites within the settlement boundary, i.e. Little Mill and Boscarnek; and then, and only if further local need is identified, the named rural exception sites outside the settlement boundary, i.e. Chenhalls, Treloweth and Water Lane.
There is no order for which site is to be developed first, second, third etc.

Previous planning application – The refused application at Little Mill, was for the redevelopment of a site at the very end of Little Mill Lane away from any other dwelling and not anywhere near the Little Mill site in the Plan.

Application for 55 houses – The Little Mill site (which is not accessed from Little Mill Lane) and the Treloweth site are in the ownership of St Aubyn Estates which has submitted a planning application for 55 houses.
While the Plan says that development of both these sites is acceptable in principle, it does not support both sites being developed at the same time. The Plan says that development here must be phased in order to minimise disruption and impact on the parish.
For the Little Mill and Treloweth sites, the vast majority of traffic will avoid the village by using Treloweth Lane and exiting right towards the A30 and a pedestrian/cycle link will be required to provide safe access to the village amenities and the school.

Highway safety – Recognising the additional traffic which will be created by the Hub and ultimately, the developments at the Treloweth site, the Parish Council has been working with Cornwall Council to agree a range of highway safety improvements along Treloweth Lane and elsewhere in the parish. These improvements will feature at a public exhibition on 28 July in the Old School Room and residents will be invited to attend and comment.

The Chenhalls Road site – many residents will be aware that outline planning permission was eventually granted on appeal, following several unsuccessful planning applications. In view of that, the Parish Council had little choice but to support the subsequent detailed application but in so doing, took the opportunity to negotiate several important improvements to the original design and layout etc.

Final thoughts – It is worth remembering that:
• the community had many opportunities to participate in the consultation events and comment on the Plan over the past three years; and
• with the Neighbourhood Plan in place, the community is in the best possible position to influence where housing can be built in the parish – but without one, it won’t be able to. 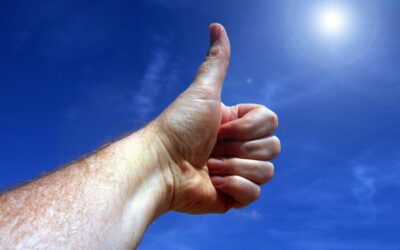 The St Erth Neighbourhood Plan received a resounding YES vote in yesterday's Referendum. 373 parishioners turned out on Thursday to answer the question: “Do you want Cornwall Council to use the neighbourhood plan for St Erth to help it decide planning applications in... 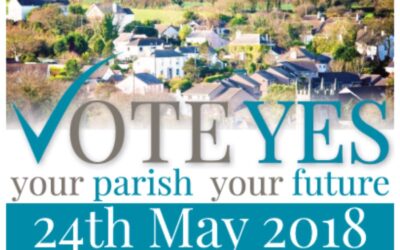 Vote Yes – Your Parish – Your Future

St Erth Neighbourhood Plan referendum - why vote YES? The main purpose of the Neighbourhood Plan is to ensure that future development will only be allowed on the sites, that you have said, will have the least impact on the community and will stop the village from...