September 30th 2021
Cornwall Council has now published the results of the recent consultation for the revised proposals on School Lane.  The majority of responses were in support of the proposed arrangements for the two new pedestrian crossing points and the other proposals to keep vehicle speeds low.  A few consultees were confused about the new proposals versus the ones presented last year and to clarify, they still intend to implement the 20mph Zone, Dragons Teeth road markings and the Flat-top road hump crossing point as before. The speed cushions consulted upon last year have been removed from the scheme.  A recurring comment from a few residents, as well as the Parish Council, was about the effectiveness of the roundels in the event of parked cars obstructing them.  Cornwall Council intends to address this by re-positioning them in the centre of the carriageway.
We have been informed that work will be starting on the whole scheme, as outlined previously, early in the New Year and will update residents as and when we have more details of planned road closures. 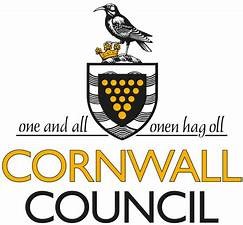 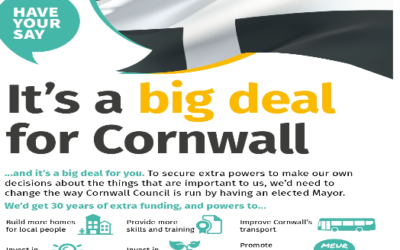 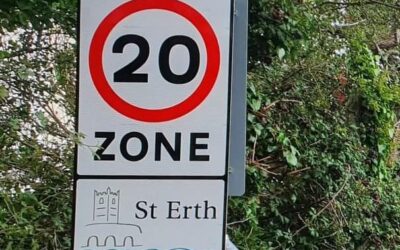