Great Western Railway is pleased to announce that it expects to be able to operate 99% of its planned timetable from Monday after the re-introduction of the majority of its long-distance fleet.

Hitachi’s fleet of 800 Series trains was removed from service across the UK as a precaution last weekend when cracks were found on some trains. After further rigorous safety checks involving ORR’s HM Railway Inspectorate, GWR is now beginning to reintroduce trains with a more regular service for passengers.

Local stopping services will continue to operate as planned, and additional long-distance train services will be provided at weekends to accommodate summer increases in visitors to Devon and Cornwall.

GWR will operate Intercity Express Trains alongside additional trains brought in from other areas of the UK rail network to provide its long-distance services. With a reduction in available Class 800 trains, some very early morning and late evening services will not operate, and Intercity Express Train services between London Paddington and Newbury will be replaced by Class 387 electric trains (where customers can join a connecting train to Bedwyn).

The service recovery plan includes thorough inspections by specialist teams before trains leave the depot and trains will only re-enter service if they meet agreed safety criteria. Working with Hitachi Rail, the rail regulator will continue to carry out rigorous oversight to ensure robust processes are being followed.

Trains on some routes may be less frequent than usual and train availability could vary, for a number of reasons, so passengers should continue to check before they travel next week.

“Our customers have shown great patience over the past week, and I am grateful for their understanding as we have worked with Hitachi to allow trains to return safely. This news will allow us to run some additional services over the weekend and reintroduce more consistent robust timetables for customers from Monday.

“The industry has come together to help support those travelling – with other operators allowing each other’s tickets to be used on their networks; adding in extra shuttle services to help move people; and in sharing rolling stock to provide it to those who need it most.”

What about travel this weekend?

Prior to Monday some disruption is expected to continue as GWR continues to take delivery of more trains and ramps-up service levels again. Trains on some routes will be less frequent than usual, and your journey might take longer than it normally would

A limited number of services will be running. Please avoid travelling where possible. Online journey planners have been updated. Check your journey before you travel.

You can use your GWR tickets on the following routes:

We have also arranged for bus companies to accept tickets on relevant routes.

Until Monday, we will adapt many of our direct high-speed routes into a series of separate services.

Expect your journey to take longer. This may lead to train services being busier than normal and is likely to make social distancing difficult. 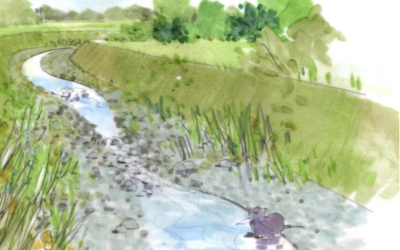 If you were unable to attend the second Community Workshop held yesterday on 29th June, or would prefer to feedback online, you can view the presentation via this direct link https://letstalk.cornwall.gov.uk/.../50328/documents/28850 and then complete the feedback... 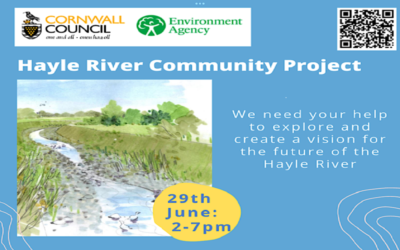 Cornwall Council is working with the Environment Agency to create a plan for the future of the Hayle River (including this section).  Following the first Workshop in April, they will now be presenting a range of intervention options for current footpaths and ideas for...

This is a reminder from GWR that there will be no rail services at all on some of their routes on the strike days this week – Tuesday 21 June, Thursday 23 June and Saturday 25 June.   Where services can run they will be extremely limited with much later start and much...