St Erth is a small village in West Cornwall, situated between St Ives, Hayle. The “original” crossing of the river Hayle was here providing the main route through to Penzance from Hayle, Camborne, etc. It is twinned with Ploulec’h in Brittany.

Well away from the main roads, St Erth can give the impression of being just a quiet Cornish rural village. Yet there is much that is of interest both past and present. The past can go back a very long way. Geologists are familiar with the discoveries of fossils in the vicinity of marine life many millions of years old some having been found at St Erth Pits. 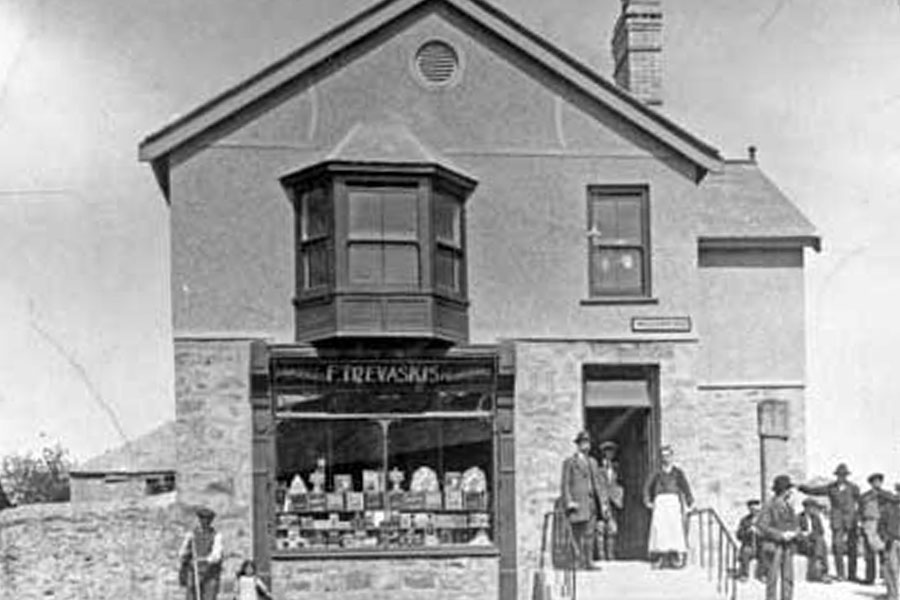 Perhaps the original site of the village was a fortified enclosure at the top of St Erth Hill known as “Carnabeggas” which commanded the meeting place of several track ways and was known to the Tudor antiquarian, Leland. When a crossing of the river was established, settlement may have moved from this Bronze or Iron Age site to its present position.

However, the remains of a beautifully decorated cross in the churchyard suggests that a church existed here from at least the Tenth Century. It is tempting to believe that our patron saint, Ercus Bishop of Slane in Ireland, landed here in the Fifth Century. Recent excavation within the church will reveal more about the present buildings and possibly earlier buildings on the site. within the church itself themain architecture is of Fifteenth Century though the tower is about a hundred years earlier than this. Although the church is not large, the builders managed to convey a sense of spaciousness.

It is worth taking time to explore the early Twentieth Century carving in the Trewinnard Chapel as well as our unique Medieval lantern cross outside the post office. We also have one of the finest ancient bridges in Cornwall which once carried the main road and is now over six hundred years old. The Hayle causeway, built in 1825 removed much of its importance and also prevented any navigation up the river to the village. (A ship was once seen unloading coal by the bridge as late as 1824).

The peaceful rural atmosphere of the village today disguises the fact that the late Eighteenth and early Nineteenth Century saw a large expansion of the population. Many earned their living in mining and foundry work, others rolled copper at the battery mill. The large Methodist chapel built in 1827 bears witness to the size of the village then. There is a tradition that John Wesley preached at the cross and Methodists were here from about 1783.Another indication of the size of the population then is the fact that there were two public houses of which only the “Star”which dates back to 1686 survives. There was an unknown number of “winks”which retailed spirits (usually smuggled). The other public house was the “New Inn”, now “Mena House”. 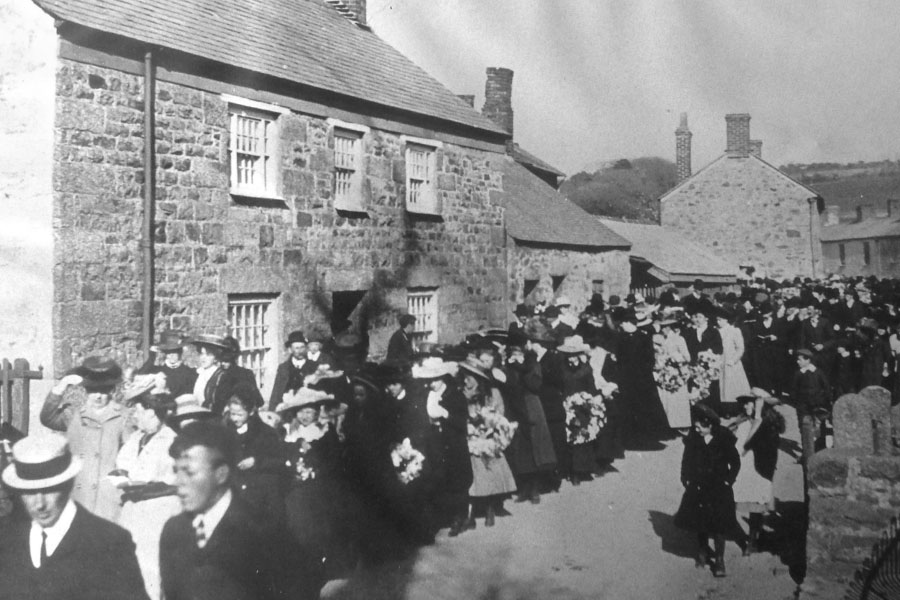 An interesting example of industrial housing of the period can be seen opposite the blacksmith’s shop where Mr Lashbrook worked until a few years ago. This is Trebartha Place

Special thanks to Cedric Appleby for supplying the history of St Erth.